The Devi Mahatmya is ‘highly occult’, to be realized by those with inner eyes 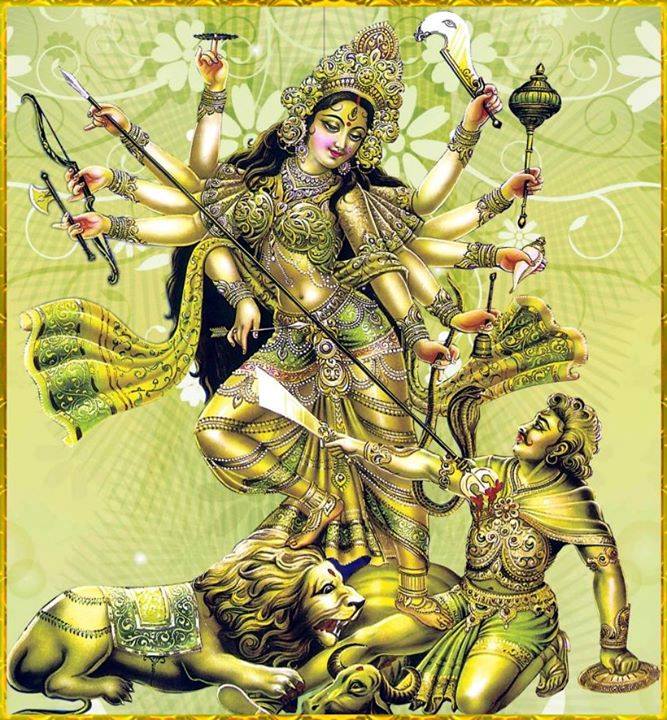 The Devi Mahatmya is variously known as Sri Durga Saptashati, Sri Chandi or Saptashati It is referred to as Saptashati as it comprises of seven hundred mantras.Traditionally, The ‘Devi Mahatmyam’ is a portion of the Markandeya Mahapurana. It is more popularly known as Chandi because it describes the glory of the Goddess as Chandika, the terrible.

Like the god Rudra, The Goddess too has Two Forms- A Malevolent Form and another Benevolent Form. In Her Terrible Form She Destroys the evil demons. Yet in Her Destruction, one can see the light of a resplendent regeneration too. This resplendent and benevolent form Is Her Compassionate Form as The Mother of the Universe.

The Sacredness of The Devi Mahatmya

Among the sacred texts that laud The Glory Of The Mother, Lalita Sahasranamam and Devi Mahatmyam are most popular. Both are considered to be extremely auspicious and powerful as tools of transformation. Both can be recited daily. Whilst Lalita Sahasranamam describes The Victory of The Goddess over Bhandasura, The Devi Mahatmyam describes The Victory Of The Goddess over the asuras Madhu-Kaitabha, Mahishasura and Shumbha-Nishumbha.

Meaning of The Devi Mahatmya

‘Devi Mahatmyam’ literally means ‘Glory of the Goddess’. Simply put the word ‘Devi’ means ‘Goddess’. While the word ‘Devi’ may be used to refer to any Goddess, it denotes The Supreme Goddess adored as The Divine Mother of the entire universe. The Devi Mahatmyam is a highly occult text. “Only those who have inner eyes will perceive the hidden truths; others know not”.

The Truth of The Devi Mahatmya

It is held that Markandeya the seer of this myth had seen the ever- existent glory of The Goddess with the inner eye. Sri Bhaskararaya named his commentary on The Devi Mahatmyam as ‘Guptavati’ thus denoting the hidden and highly occult nature of The Devi Mahatmyam.

The Meru tantra proclaims that even Vishnu knows only three-quarters of the inner sense, Brahma knows half, Vyasa knows only a quarter while others know only a fraction of the true significance of The Devi Mahatmyam. Part myth and part philosophy, the text addresses some very important existential questions that have plagued mankind since time immemorial.

Whilst its stories can be taken as metaphors relating to our own psycho-spiritual landscape as well the challenges we face in life, there isn’t a single approach to The Devi Mahatmyam or the Chandi. The various hymns to the Goddess in The Devi Mahatmyam inspire us to devotion for The Personal Forms of God as Mother while “deeper, philosophical and esoteric interpretation leads us to the realization of God as The Impersonal Supreme Reality”.