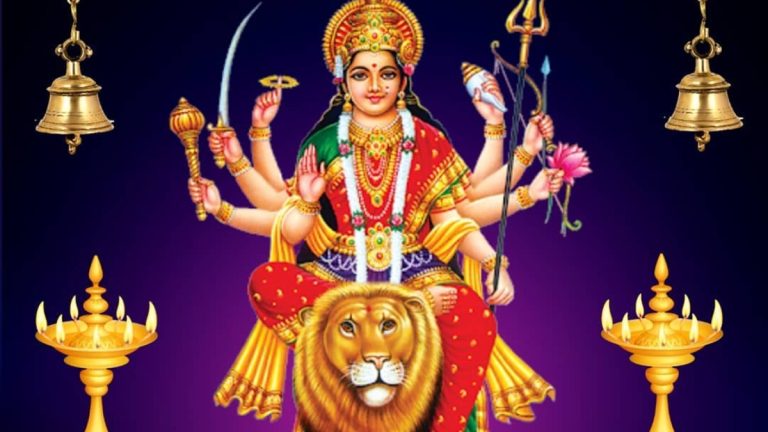 Like most other ancient esoteric traditions, the Indian tradition also follows the lunar calendar implying that the tradition is guided by feminine energy, as the moon is associated with femininity. Chandi and Chandra, the feminine and the masculine aspect of the moon together form the fertile cycle represented by the profound, full moon. In this cycle, the radiant sun supplies the moon with light. The moon, which sustains life on Earth with its cooling rays, nourishes the gods in the waxing fortnight and the ancestors in the waning fortnight.

According to Vishnu Purana, the moon is sumptuously fed with ambrosia by the sun and periodically drained of it by the ancestors of all life on land and the Gods, respectively. In this cycle, when just two digits of the moon remain, it enters the orbit of the sun and abides by the ray called Ama—hence the term Amavasya/New moon came. Mahalaya Amavasya is one period when people remember to show gratitude to those who inhabited the Earth before them by the offer of food and other charity.

Navaratri—The nine nights — signifies an important transition. Immediately after the night of ‘no moon,’ the countdown starts from phase one of the moon until phase nine to culminate with the tenth-day grandeur. The new moon day marks the threshold of the Dasara festival. The main significance of Navratri is celebrating the triumph of good over evil and, above all, embracing the spirit of joy and oneness of life and leaving behind all that is hindering and limiting the growth of humanity as spiritual beings.

Effects of seasonal transition on human

Every living being on Planet Earth, including humans’ physical, mental, and cosmic bodies, are influenced by the various cycles the Planet Earth goes through. And based on the effects of these cycles on humans, every spiritual practice and ritual is designed to utilise the assistance of Planet Earth to the fullest.

The equinox occurs when the sun is directly in line with the equator. “Equinox” comes from the Latin words “equi” meaning equal, and “nox” meaning night. This implies that there will be equal amounts of daylight and darkness.

Equinox literally means “equal night.” And during the equinox, most places on Earth will see approximately 12 hours of daylight and 12 hours of the night. At the equator, the sun is directly overhead at noon on these two equinoxes. There are only two times of the year when the Earth’s axis is tilted neither toward nor away from the sun, resulting in a “nearly” equal amount of daylight and darkness at all latitudes.

Earth does not orbit upright but is instead tilted on its axis by 23.5 degrees. Two solstices occur annually, around June 21 and December 21. The seasons of the year are determined by reference to both the solstices and the equinoxes.

Scientists have known that mammals, including humans, have an internal clock that governs the sleep and wake cycles, among other regular functions. Light “resets” this internal clock, so the bodies are in sync with the time of the day. Light provides animals, including humans, with non-visual cues that influence the mechanism of pupil dilation, alertness, melatonin levels, and heart rate modulation. Light receptors in the retina of the eyes are used to reset the circadian rhythms of the body. Navratri is the period when the circadian rhythms and other biological cycles of the human body going to readjust and change.

Every seasonal transition comes with some serious effects on humans’ three bodies, especially the major seasonal transition like the beginning of summer and the beginning of winter. At the beginning of each major season, humans’ bodies get used to the habit of eating the same previous seasonal food again and again, which brings inertia to the human body and mind that corrupt humanity on so many different levels. And as another major season come with the new food menu, humans’ body should get prepared properly to adapt the new foods by detoxifying the old eating habit. Fasting and meditation during this period purify the chakras and the nadis in the body

Based on solid understanding, every ancient esoteric tradition marked these major transitional periods and observed these periods with great significance by deep meditation, prayers, fasting, silence, and social gathering.

For example, the global Jewish community observes Rosh Hashanah, the Jewish New Year, followed by Yom Kippur, the Day of Atonement, a day of fasting, and the holiest day in Judaism, while the Pagan/Wiccan communities around the world observe the Fall Equinox.

For Hindus, these transitional periods are marked with Navaratri, and each of the nine days is celebrated with a new form of Devi — including various forms of Divine Mother Durga, Lakshmi, and Saraswathi — and in some cases, nine forms of the Goddess Durga.

According to some Hindu Purana texts such as the Vaishnava and Shakta Puranas, Navaratri theoretically falls twice or four times a year. Of these, the Sharada Navaratri/near autumn equinox (September-October) is the most celebrated all over India, and the Vasanta Navaratri near spring equinox (March-April) is next most significant to the culture of the Indian subcontinent. In all cases, Navaratri falls in the brighter half of the Hindu lunisolar months.

Vasant Navratri is observed on the first day of the Hindu New Year. The birthday of Lord Rama usually falls on the ninth day during the Navratri festivity. Hence, Vasanta Navratri is also known as Rama Navratri.

Navratri is mostly associated with nine-day fasting with prayers and meditation all day long. However, the significance of Navaratri goes beyond that. Navratri provides twice a year opportunity to cleanse, purify and retain new energies for the coming changing weather. Navaratri is all about draining impurities to get ready oneself to receive divine blessings.

Dasara—the Tenth Day is the commemoration of the valour of the Divine Mother Durga in vanquishing ten demons, which may also represent ten vices like Lust (Kama), Anger (Krodha), Greed (Lobha), Attachment (Moha), Ego (Ahankara), Fear (Darr), Jealousy (Irsha), Inertia (Jadta), Hatred (Nafrat), Guilty (Paschataap) are destroyed from the devotees. And by destroying these vices, Divine Mother Durga destroys Durgati/misfortune to triumph over the evil. In essence, the bottom line remains that Navaratri signifies the splendour of Dasara after the journey of the traits in a soul from the inert/Tamasik to active/Rajasik to illuminant/ Satvik states.

The pathway for this journey is amazingly systematic and disciplined. The three-fold cycles, from dissolution to sustenance to creation, are faithfully recognised and expressed in this nine-day process. It is a kind sacrifice with deep esoteric philosophy.

The first three days are devoted to Divine Mother Durga to be able to conquer the base earthbound tendencies by purifying the energies of Mooladhara (Earth) and Swadishthana (water) Chakras or energy centres. Fasting during this period purifies the physical body and the vital energy body.

The second cycle is to further eliminate the harmful aspects and promote the purification of emotions by worshipping Mahalakshmi and purifying the Manipura (fire) and Anahata (heart) Chakras. This period is connected with the subtle body or the astral body. Fasting and meditation during this period remove the emotional knots.

The last three days are for surrendering to the Divine feminine form of the eternal teacher Dakshinamurthy, resplendent in pure white as Maha Saraswathi. The Vishuddha (throat) and Ajna (Third eye/mind) Chakras are cleansed in this cycle. This is primarily linked to the purification of the mind at the deepest level. It helps devotees to detach themselves from their false beliefs, which limit the devotees’ perception and prevents them from opening and recognising the depth of the Self. This is connected with the purification of the mental and causal/spiritual body.

There are nine chakras. Seven chakras are inside the body, and the two chakras are outside the body. Each of nine Chakras lines up along the central vertical axis of the human body. The nine chakras are associated with the nine divine power and consciousness. Navratri is the time to integrate and harmonise the internal Chakras with the external energy centres.

Symbolically the Sharada Navaratri is a festival of its subtle realisation- a symbol of nine months, which a new human life takes to develop fully in the mother’s womb. This is a period for contemplation and transformation, the process of getting back to the source. During this time, nature sheds the old and life prepare to rejuvenate and emerges back afresh in the spirit.

Like a baby is in the mother’s womb for nine months before it is born; similarly, during these nine days and nights, the devotee, through fasting, silence, prayer, and meditation, gets back to their true source, which is love, joy and peace. While fasting detoxifies the body, silence purifies the speech and brings rest to the chattering mind, and meditation takes one deep into one’s own being.