The King the Merchant and the Sage as allegories to the Body, Mind and Intellect 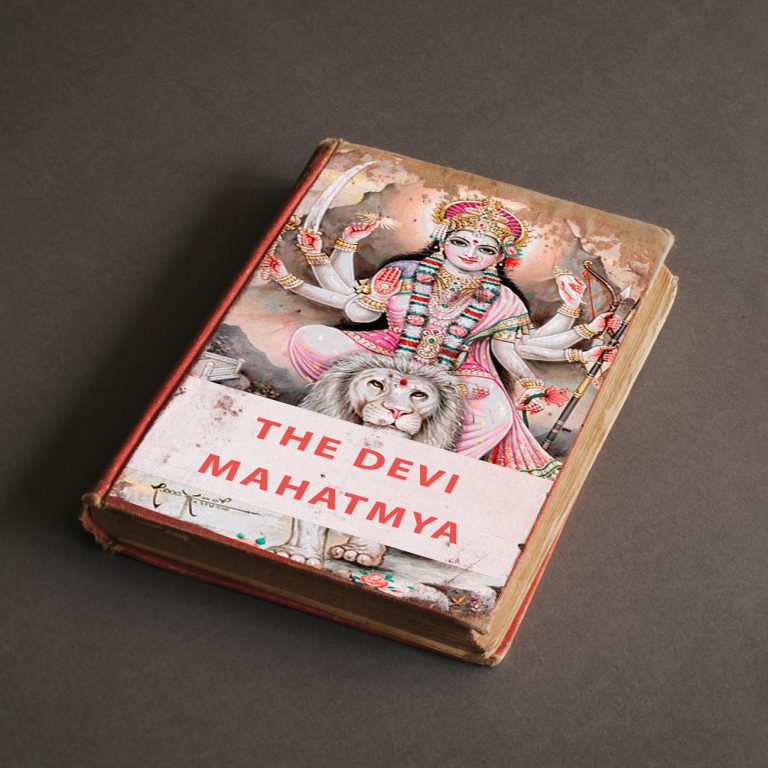 Suratha is “one who has a good chariot” (su: good; ratha: chariot).

The body is the chariot while the Self is the rider.

“The Self is the rider, and the body the chariot; the intellect is the charioteer, and the mind the reins” (Katha Upanishad 1. 3. 3).

Man does the journey of life through the cycle of samsara with the chariot (ratha) of the body. In this long cycle of innumerable births called samsara chakra, man goes through countless lives. The cycle of samsara and its inevitable sufferings goes on as long as man does not realize that it is the Self (Atman) that is the rider and not the body or mind or pseudo-self.

Unfortunately, we continue to suffer till we realize this. According to the world-view of The Devi Mahatmyam, it is The Divine Goddess Who Is The Supreme Self. Hence as The Supreme Self She Is The Rider.

SURATHA: Born a warrior (kshatriya) Suratha is endowed with a strong physique, a good body. By virtue of his strength, he is capable of protecting himself as well as others. Initially he has all the material enjoyments that come naturally to a king. Yet he loses them later on in life as one would expect in an impermanent and temporal world. This loss coupled with his continued attachment is the cause of his suffering. Till then all along he had not realized that The Goddess, the Supreme Self Is The Rider. So. in spite of everything he was not truly a “Su”ratha or one with a good chariot.

SAMADHI: Samadhi, on the other hand is a merchant (vaishya). The word ‘samadhi’ indicates an integrated or concentrated or focussed mind, a mind that is absorbed in meditation (‘sam’: together or integrated; ‘a’: towards; and ‘dha’: to hold). In other words the word ‘samadhi’ denotes a focused or concentrated mind, a mind in meditation. As his name indicates, Samadhi, the merchant is single-minded or one-pointed in his pursuits. Being a merchant initially his focus is on wealth. Because he has the natural ability to be focused, he attains his goal-material wealth. In the first half of their lives the king and the merchant pursue their goals- power and riches-respectively and they attain their goals. Both the king and the merchant are good by nature. The king protects his subjects like his own children while the noble merchant shares his prosperity with his whole family. But power and riches are not permanent in this ever-changing world. As is often the case both of them lose their hard- earned and well deserved power and riches. Cheated by people whom they trusted, they realise the limitations of worldly life.

Apart from fate, their own relatives cheat them. In fact the merchant’s wife and sons misappropriate his wealth and cast him out. In spite of their good characters and abilities they end up as losers. Having experienced deceit, cunningness and heartbreak, both the king and the merchant are deeply disappointed but not disillusioned. They still cling to those very things and the people that have abandoned them. Even then their hearts cling to their old associations. They are unable to detach their minds.

PrevPreviousThe inner metaphorical, and esoteric, significance of the Devi Mahatmyam
NextLearning meditation from the King and the Merchant in The Devi MahatmyaNext
Facebook
Twitter
LinkedIn