The eight asura clans and the eight pasas or bonds 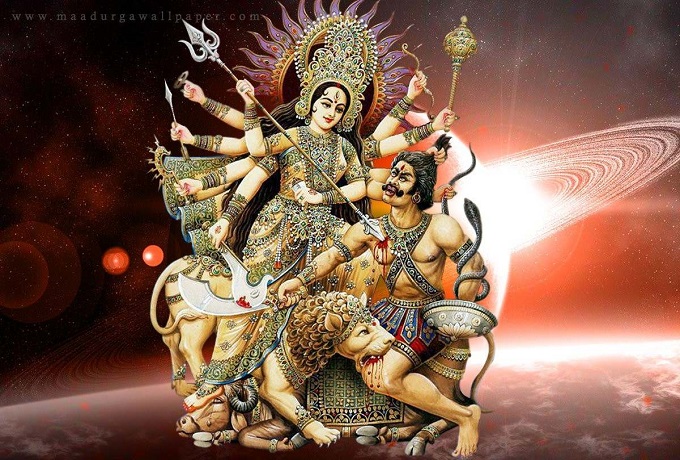 According to Tantra Jiva or individual consciousness is bound by eight bonds or pasas. Jiva is limited by various constraints (kanchukas) and ashta pasas (eight bonds). When jiva becomes free of these constraints and limiting bonds, one becomes Shiva. One who is bound by Pasa (bond) is Jiva, while one who is free of the Pasas is Sadashiva (“Pasa Yukta Bhavet Jiva Pasa Mukta Sadashiva”).

Totally there are eight clans of demons who are marshalled by shumbha. The eight asura clans represent the eight pasas. Pasa means ‘bond’. Sadhana is aimed at liberating individual consciousness (jiva) from these bonds. The boundless Consciousness is limited by these eight bonds giving rise to a false sense of self or ‘Asmita’. That is why shumbha (Asmita) calls upon the eight asura clans to fight on his behalf. This is the significance of the eight clans of asuras.

The eight asura clans and the eight pasas or bonds are given below.

Though some of the above bonds appear harmless on the face of it, potentially they can all be very restrictive and harmful. Some of these bonds such as fear, doubt, contempt and disgust are limiting influences on human consciousness and its expression.

The remaining bonds such as group identity, racial identity and pride in one’s morality lead to arrogance or a false sense of superiority over others. These eight bonds contribute to, as well as sustain, the false self.  Unlike grosser demoniac traits like anger and greed that the aspirant can recognise more easily, the eight pasas are subtler and influence even those who have achieved some success in sadhana. Even those who are at a relatively more advanced state and have some achievements to their credit, can fall prey to these eight binding factors. One doesn’t have to be predominantly rajasic or tamasic to fall prey to the influence of the eight pasas. Even sattvic people can slip into these limited ways of thinking or living. Pride in one’s family, birth, race, spiritual lineage, morality, sense of shame, fear, doubt, contempt or disgust towards other spiritual approaches, are all highly limiting and can cause closed thinking. This is the tyranny of the eight clans of demons.

To counter these eight asuric forces, Chandika  (The Supreme Self) Calls Forth Seven Shaktis. The Seven Shaktis along with Maha Kali Counter the eight clans of asuras.